Plants, one of the two major groups of the living world, It is the basic food source of humans and animals. Also plants, It is used in many areas from the pharmaceutical industry to perfumery, from the paper industry to the textile industry. In addition, as the air maintains the balance of CO2 and O2, especially with photosynthesis. It also has a wide range of benefits for the ecological balance of our world. Environment, which has been one of the biggest problems of humanity in recent years, Plants are tried to be used in the fight against pollution.

Water hyacinth, other than that paper-fiber board-basket weave manufacturing, coal briquetting, biogas production, as animal feed and fish feed consumption, such as use as fertilizer has many useful features, Successful to nature again after the plant’s lively contributions appears to be a recycling.

Belongs to the Pontederiaceae family and its latin name is Eichornia crassipes (March.) Solms. water hyacinth Its origin is the Amazon River originating from South America. The plant is tropical, subtropical, calm or mild in temperate climates seen in flowing waters (Auld and Medd 1987).

To combat environmental pollution and expensive techniques to improve the quality of life of communities and processes rather than existing in nature where biological systems can be used the idea has become widespread in recent years. started. Heavy in polluted waters to remove metals, Plants that store metals in their roots and rhizomes have gained importance. Water hyacinth among them (Eichornia crassipes) an enormous development and rapid spread in contaminated environments, inorganic cleaning substances and some organic substances from water is used more. Some scientific research can be explained as an example: by NASA in Mississippi preliminary laboratory trials, plant organic from domestic waste water absorbing substances at great speed and has shown that it can metabolize. Then these waste organic materials, use it in the synthesis of cell material. 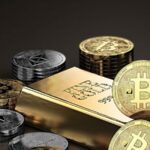 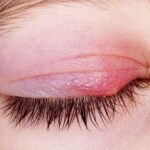 What is Bolshevism? Who were the Bolsheviks? Bolshevik is the Russian word for the majority. In the division within the Russian…

Why are black women more likely to die in childbirth? The continuing economic and social gap between whites and blacks in the US and the continuing racist treatment still lead to significantly…