There are many different nicknames for New York, such as Gotham, The City That Doesn’t Sleep, The City Great. But most people use the term “Big Apple” for New York. So why do they call New York the Big Apple?

New York… The gigantic city that some consider the capital of the United States of America. Perhaps the first place that comes to mind when the USA is mentioned. The city where the Empire State Building, the Statue of Liberty, the Guggenheim Museum took place, and where September 11 took place. But New York is not only remembered for its riches. New York is called “The City That Doesn’t Sleep,” “The Imperial City,” “The city that was named for the second time,” and Gotham. Among his nicknames, the most used one stands out as “Big Apple”. So where does this name come from?

There are several theories as to why New York is referred to as the “Big Apple”. Some of these theories are attributed to the large apple orchards in the more outskirts of New York, while others are attributed to the fact that families who lost their wealth during the economic crisis that began in 1929, called the Great Depression, were forced to sell apples on the streets of the city.

There is even a story linking the name Big Apple to a brothel run by a woman named Eve in the 19th century. Accordingly, the employees of this brothel are called the Big Apple by the locals and people come to New York for the Big Apple from other regions. It is also known that people used the term Big Apple to express important and quality things in the 1800s.

The most realistic source on which the Big Apple moniker is based is the New York Morning Telegraph newspaper by sports journalist John J. Fitz Gerald. Accordingly, the expression “The Big Apple” used in the column of the newspaper in 1924 is considered a turning point. Beginning in 1921, Fitz Gerald used the term big apple many times for the grand prize that jockeys dream of, and wanted to explain or expand this phrase when the calendars showed February 18, 1924.

“The Big Apple. It’s the dream of every young man and every rider who throws his leg on a purebred. But there’s only one Big Apple. It’s New York.” Using his phrase, he drew an apple in the title of the article and filled the inside of the apple with the New York skyline.

Soon after this Fitz Gerald article, many people dreamed of New York, and New York began to be referred to as the Big Apple, not only by the townspeople, but also by outsiders.

The effect of jazz music

Artists who dealt with jazz music started to use the term “Big Apple” to mean “winning the big jackpot”. Making music in New York, the center of jazz music in the 1920s, was also synonymous with grabbing the biggest apple on the tree. Saying that there are many centers where they can make their music, the artists said, “There are many apples on the tree, but if you choose New York, you choose the big apple.” they were using their expressions.

The popularity of the Big Apple slogan declined slightly in the following years, but it regained its fame with the campaign of Charles Gillett, New York Representative and President of the Office of Congress and Visitors, in the 1970s. Taking into account the increasing crime rate and bad reputation along with the financial problems of the city, Gillett started a tourism campaign called “Big Apple” and “Big Apple” stickers, pins and t-shirts were introduced by many celebrities and New York was advertised. So people were encouraged to take a bite of the Big Apple. Since then, the “Big Apple” has been literally associated with New York City, and the Big Apple has become an unofficial name for New York, just as Las Vegas is called the City of Sins and Los Angeles is the City of Angels. 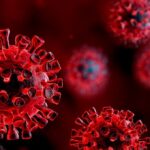 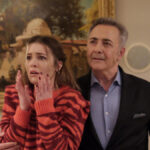 The national anthem of which country contains a record 158 verses?

Did you know The national anthem of which country contains a record 158 verses? In this article, we…

Why are black women more likely to die in childbirth? The continuing economic and social gap between whites and blacks in the US and the continuing racist treatment still lead to significantly…