Why are black women more likely to die in childbirth? The continuing economic and social gap between whites and blacks in the US and the continuing racist treatment still lead to significantly higher black mother-infant mortality than whites.

Although blacks gained their civil rights after centuries of slavery and racism, they started to show more presence in society and economic life, but the lack of sufficient investments in education, health and social areas and the continuation of racism in the regions where they live intensely prevent the gap between them and whites from closing.

The consequences of this still manifest heavily even in the healthcare system.

While the gap between the mortality rate of black women and babies in the USA and whites has been continuing for years, it is pointed out that the biggest reason underlying this problem in the country is actually racism.

About 700 to 900 women die from pregnancy or childbirth complications each year in the country, according to data from the US Center for Disease Control and Prevention (CDC) last year.

In addition, death rates for black newborns more than double that of whites.

According to the data of the CDC, while the death rate for black babies in the first year of their lives is 11.3 per thousand, this figure remains at 4.9 per thousand for white babies.

The gap between birth mortality between black and white newborns in the United States was first noticed 20 years ago.

This difference has become an area where academicians and researchers started to work, and also attracted a great deal of attention from the press.

At that time, the main reason for this difference was the common opinion among the public, physicians, and public health professionals, that only poor and less educated mothers were affected by this situation.

Black mothers were accused of causing the death of their babies because of malnutrition, alcohol, smoking and drugs, and being overweight. It was also cited as a reason that mothers started their pregnancy check-ups late or that they disrupted their treatment.

Although these situations are factors in maternal-infant health and death, researchers in the United States largely agree that racism is also one of the most important factors affecting maternal-infant mortality.

In these deaths, it is stated that the continuing social and economic gap between blacks and whites due to slavery and racism in the history of the country, the disadvantage of blacks in the education and health system, and the continuing racist treatment are important effects.

The Washington-based NGO “National Partnership for Women and Families”, in its report published last year on the health challenges faced by black mothers, revealed that racism is the biggest cause of death alongside the health system and poverty.

Experts state that social and systemic discrimination in the US creates psychological stress in black pregnant women, which leads to situations such as hypertension and pre-eclampsia that directly threaten maternal and infant life.

Experts also argue that this social racism leads to long-standing prejudices that permeate healthcare, resulting in loss of lives even among the best-able black women.

As a matter of fact, Sanithia L. Williams, a member of the non-governmental organization called Reproductive Health Physicians, told the New York Times, “Real institutional and structural racism is a huge burden on the lives of our black patients.” found the assessment.

On the other hand, due to the very high costs of the healthcare system in the US, many black women are unable to attend quality hospitals and receive the necessary prenatal care.

75 percent of Black women have to give birth in hospitals in their region of residence. The fact that these hospitals are of lower quality compared to the regions where the white population lives causes the death of the mother or the baby.

Non-governmental organizations working in this field are warning authorities to introduce new laws to reduce the high rate of deaths of black women and infants.

In addition, calls are being made to increase the diversity of healthcare professionals and to provide treatment for black women in line with their traditions and cultures.

This article may be of interest to you: Coconut water contains which hormone? 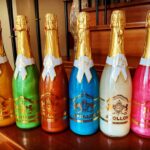 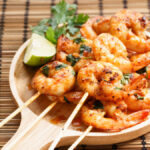 What is the Dai crypto price prediction? In this article, we will tell our readers what we know…

The national anthem of which country contains a record 158 verses?

Did you know The national anthem of which country contains a record 158 verses? In this article, we…

In this article, we will answer all your questions about coconut water. Coconut water contains which hormone? What…