When did Roald Dahl die?

When did Roald Dahl die? Roald Dahl, a writer who disregarded the rules, wrote dozens of books for children, and his books and stories were made into films. One of the best selling writers, Roald Dahl is with you with his life story…

Who is Roald Dahl?

Born on September 13, 1916 in Llandaff, Wales, Roald Dahl graduated from one of England’s well-known private schools in 1932. Roald Dahl, who did not attend college, chose to join an expedition to Newfoundland in Canada. Later, he worked for Shell Oil Company in Africa.  Dahl, who is a novel and short story writer, II. With the encouragement of the novelist CSForester, whom he met during the war in World War II, he began to write about the events he had experienced during his years in the army. While piloting RAF fighter planes, he received a heavy head blow and had to leave the army. Perhaps this situation encouraged him more to write. This accident was the subject of his first short story ‘Shot Down Over Libya’. Later, he wrote his first book, Gremlins, for Walt Disney. Dahl, who mostly wrote children’s books, also wrote books and plays for adults. His children’s books were often cleverly written in defiance of the rules. He was also very popular with his horror stories for adults. He became one of the best-selling authors with his books especially for children in the 1940s. Charlie’s book, The Chocolate Factory, won an award.

Many of his books and stories have been made into books and shown around the world. The author, who married Patricia Neal in 1953, was divorced in 1983. Later, Felicity married her second to Ann d’Abreu Crosland. His autobiography Boy, whose most popular books are Charlie’s Chocolate Factory, Charlie’s Big Glass Elevator, Giant Peach, Matilda, Witches, BFG, and Kiss Kiss, describes Roald Dahl’s childhood.

When did roald dahl die?

Roald Dahl passed away on November 23, 1990 at the age of 74 in Oxford, Oxfordshire, England, due to myelodsiplastic syndrome. 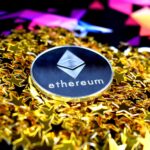 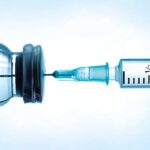 What is Bolshevism? Who were the Bolsheviks? Bolshevik is the Russian word for the majority. In the division within the Russian…